The cFos Charging Manager offers manufacturer-independent load management without ongoing costs.
Almost any size and configuration of the system is possible. 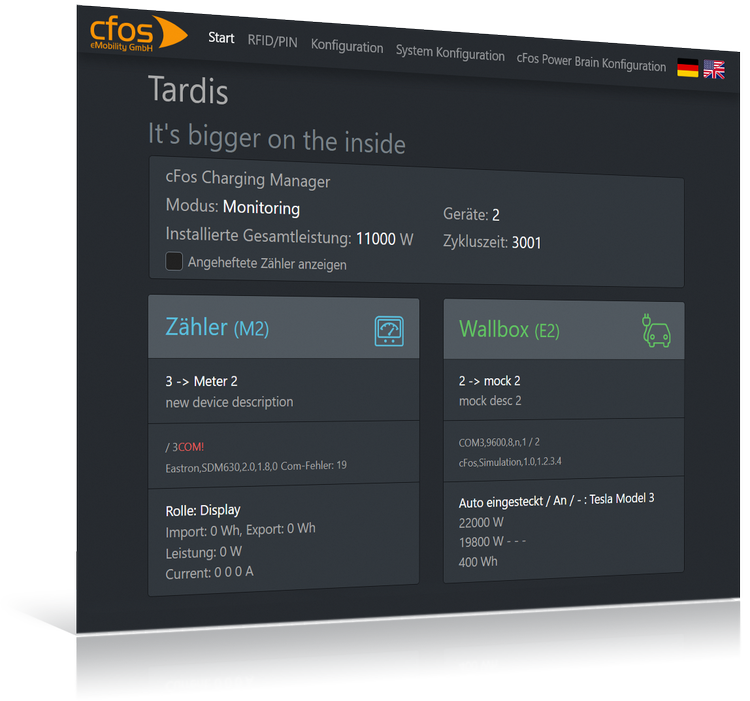 The cFos Charging Manager is aimed at operators of car parks that are to be equipped with EVSEs for charging electric cars. The aim is to provide as much charging power as possible to the individual electric cars by means of load management, taking into account the available total power - often even without having to increase the existing house connection power.

Note: We are currently experiencing an increased number of enquiries from owners' associations, apartment buildings and associated jointly used garages/parking spaces. Since it is often unclear to interested parties what the first steps in implementing a load management system look like, here is a planning aid for parking garages and a practical example of an underground garage.

To plan your charging infrastructure, first select the EVSEs you want. For large systems, the individual EVSEs should be as inexpensive as possible so that the total costs remain manageable. For this reason, the cFos Charging Manager also supports low-cost models and then makes any missing functionality of the EVSE available elsewhere. 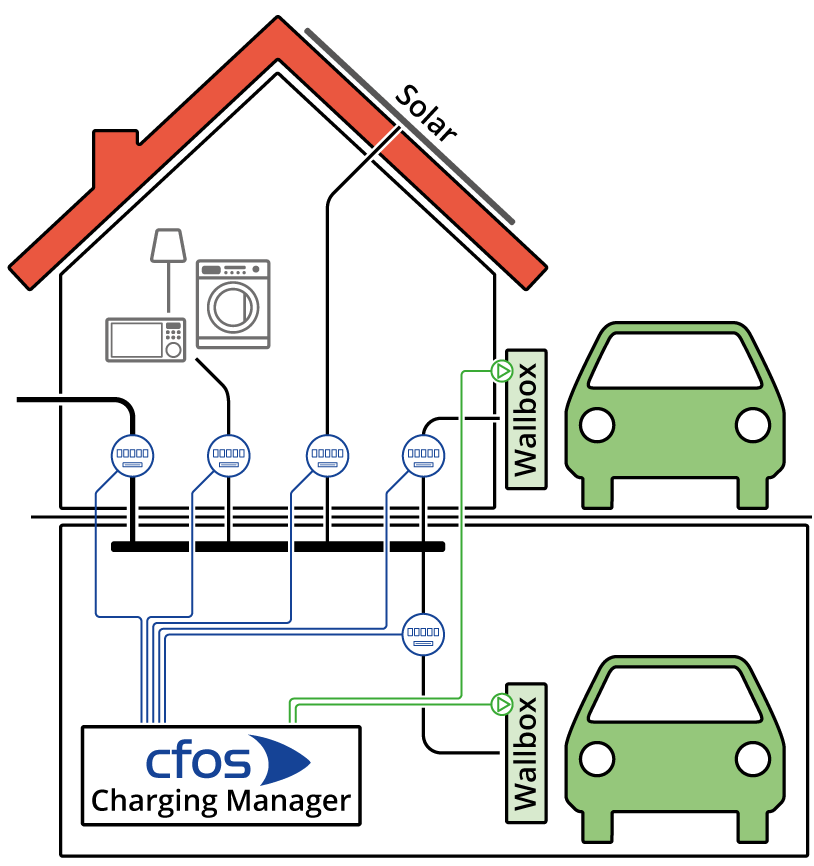 1 EVSE with 22kW and flow heater would overbook the existing house connection power. Thanks to load management, the charging power for the car is reduced when someone is showering or cooking. With 2 EVSEs, the charging power would be distributed to both cars. Solar power is used to charge the cars during the day. 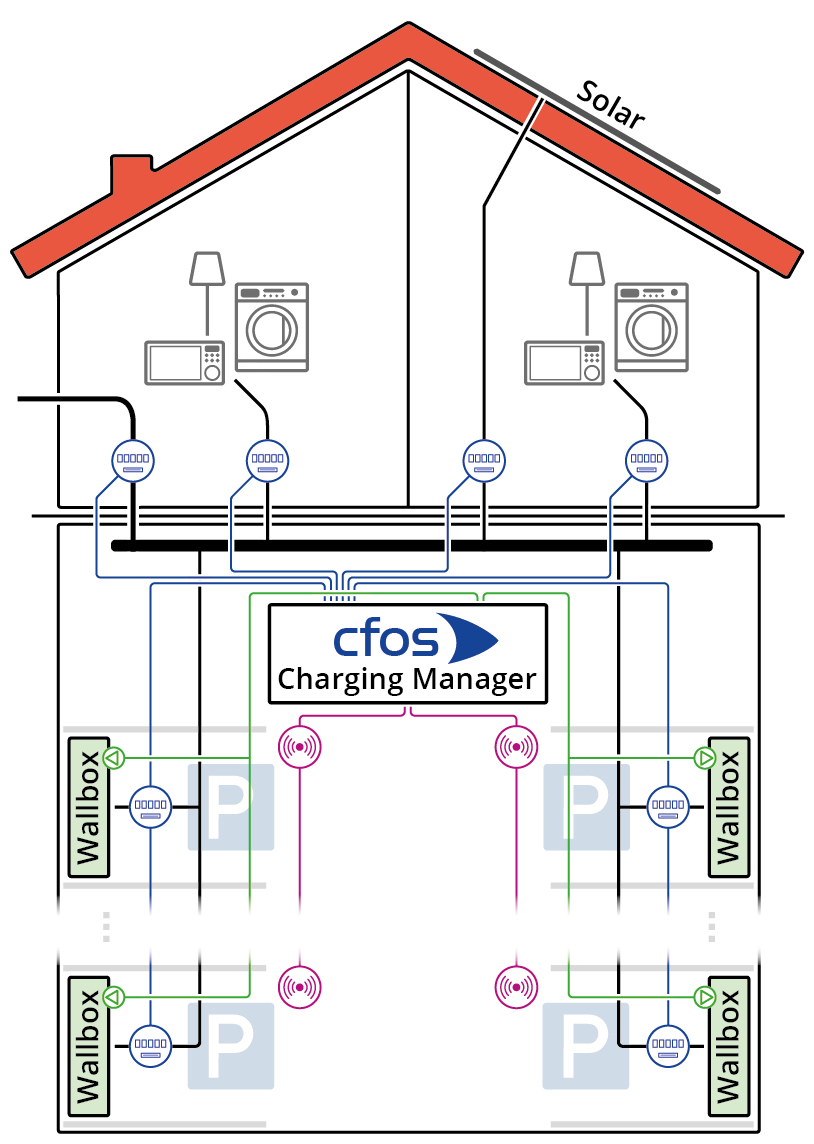 OCPP EVSEes, as well as many other EVSEs, have built-in electricity meters that the cFos Charging Manager can read and provide the consumed kilowatt hours for billing. With simpler EVSEs, you can install your own meter. We recommend installing your own Modbus for networking the intermediate meters.

The cFos Charging Manager uses load management to try to distribute the maximum connected load installed in the building as well as possible among the electric cars to be charged. The cFos Charging Manager calculates the available charging power every few seconds, as follows:
House connection power minus consumers in the house (e.g. flats or machines) plus generators (e.g. solar system).
or
Mains supply (positive for supply, negative for feed-in) minus charging power of the EVSE. A bidirectional meter is recommended here.

To record consumption (and generation), Modbus-capable intermediate meters must be installed:
Either you install an intermediate meter for each consumer and generator or you install a central meter at the house connection. In both cases, the cFos Charging Manager reads out the meters via Modbus (we recommend the ABB B23 112-100 with direct measurement for powers up to 40kW and the ABB B24 112-100 with transformer measurement with corresponding transformer coils for higher powers. Both can be read out well via Modbus RTU. The cFos Charging Manager also supports many other meters, see table"Which metercan do what?".

The prioritisation scheme also supports the temporary shutdown of wallboxes if the minimum charging power is undercut. There is also phase symmetry monitoring to prevent individual phases from being loaded beyond the level prescribed by the VDE during single-phase charging.

It is recommended that the cFos Charging Manager is connected to the internet and accessible from "outside" for maintenance purposes.

We use cookies. Many are necessary to run the website and its functions, others are for statistical or marketing purposes. By choosing "Accept essential cookies only" we will respect your privacy and not set cookies that are not necessary for the operation of the site.